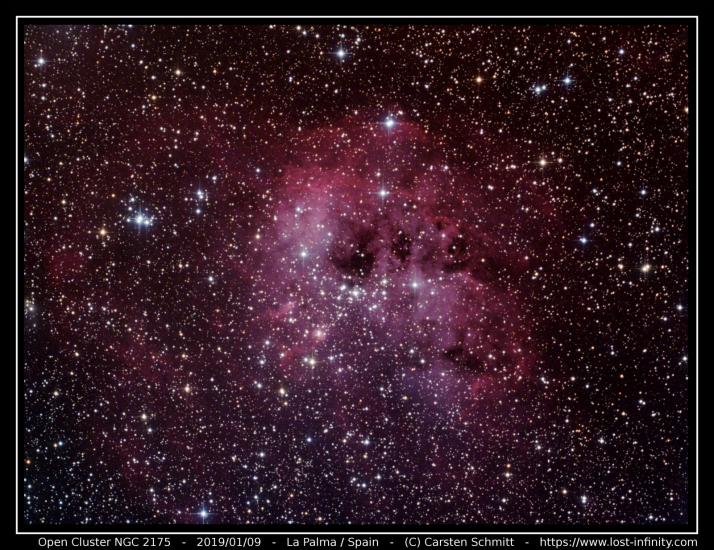 On Wednesday, 9th January I imaged the open cluster NGC2175 the first time from La Palma. The seeing tonight again was very good – around 1.5~2″!

Tonight I decided to image the Trifid nebula (M20)
which is quite “close” to the Lagoon nebula M8 from my last session. The seeing tonight was around ~2.4″ which could have been better – but certainly it was still sufficient.

Back in 2013 I already imaged the Trifid nebula with the same equipment but from Boeblingen. It is interesting to see the difference here.

For post-processing I used the free software DeepSkyStacker and GIMP. The full resolution images is available here.

The total exposure time was END_OF_DOCUMENT_TOKEN_TO_BE_REPLACED 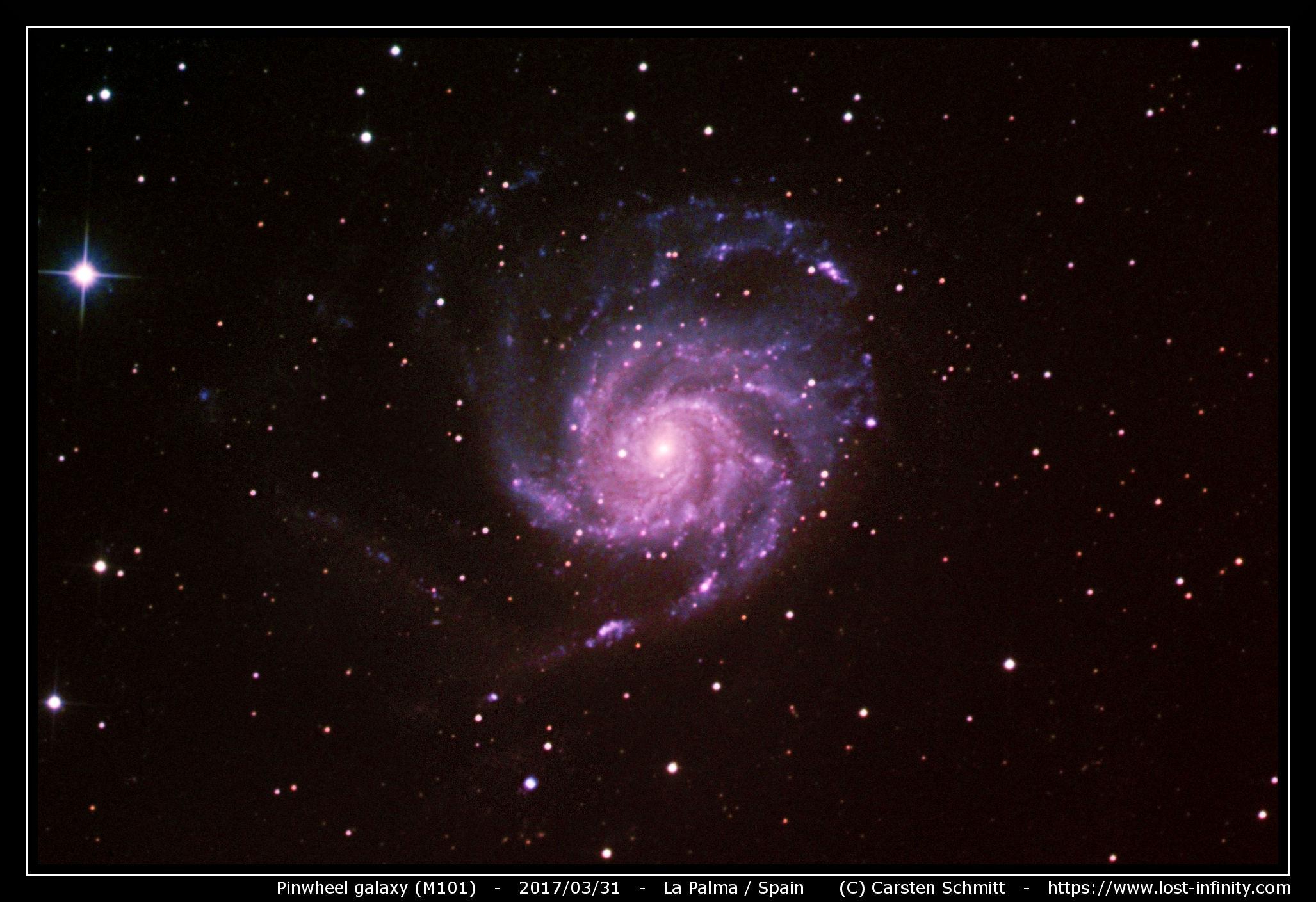 End of February 2014 I already recorded M101 from Boeblingen near Stuttgart. The total exposure time was about 6 hours (!). This time I did a 2h40m exposure from Los Llanos de Aridane on La Plama with exactly the same equipment. This is the result. From my perspective the two pictures do not have a big difference despite the colour tone which of course depends on the post processing. However, it’s interesting to compare the results with respect to their total exposure time: The image recorded from Boeblingen was exposed more than two times longer. 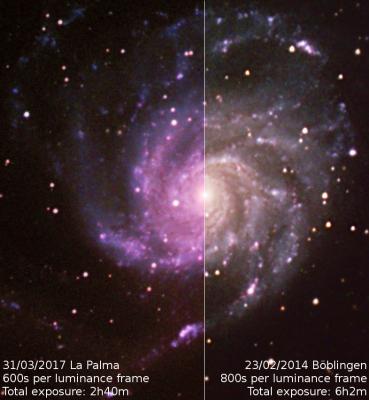 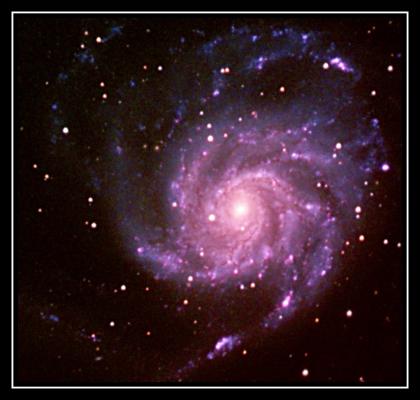 As a result of the long exposure time the stars are not as perfectly round as the ones with a shorter exposure time. Despite that I am happy to see what is still possible from a city like Boeblingen 🙂 Finally I combined both images to one final image by rotating one image until it matched exactly. Maybe I am wrong but I think in the end this combined image has a little more detail than each of the pictures alone. A full resolution image is available here.

I was able to record this image of three galaxies in a quite windy but clear night with my own equipment. This night I was based on a quiet place in Tacande on La Palma. I used my 8″ GSO Newton telescope in combination with an Atik383L+ cooled camera. The optics were mounted on an EQ6 Syntrek mount. The total exposure time of the resulting image is about ~2h37m. It is a combination of 9 luminance frames a 600 seconds exposure time (binning 1×1) and 9 frames a 150 seconds exposure time (binning 2×2) for red, green and blue frames. A full resolution image is available here.
The three objects shown on the picture are M65, M66 and NGC3628 (also known as the Hamburger Galaxy). All are located in constellation Leo. M65 and M66 were discovered by Charles Messier in 1780. Both are intermediate spiral galaxies and between 35 million and 36 million light-years away. The Hamburger Galaxy is an unbarred spiral galaxy also about 35 million light-years away which was discovered 4 years later by William Herschel.