Tonight I again visited the Tacande Observatory in El Paso on La Palma. One interesting object on the list for tonight was Comet 41P/Tuttle-Giacobini-Kresak. 41P is a periodic comet in the solar system. It’s nucleus diameter is estimated to be about 1.4 km wide. It has already been discovered in 1858 by Horace Parnell Tuttle, an American astronomer. Meanwhile the object is known very well by NASA as well.

The image shown here has been taken with a VIXEN R120S f/6.6 (F=800mm, D=120mm) telescope in combination with a modified EOS6D camera. The total exposure time was 4 minutes. The image shown here is only one JPEG frame without any stacking. Further details on the equipment can be found here. The full resolution image is also available here. 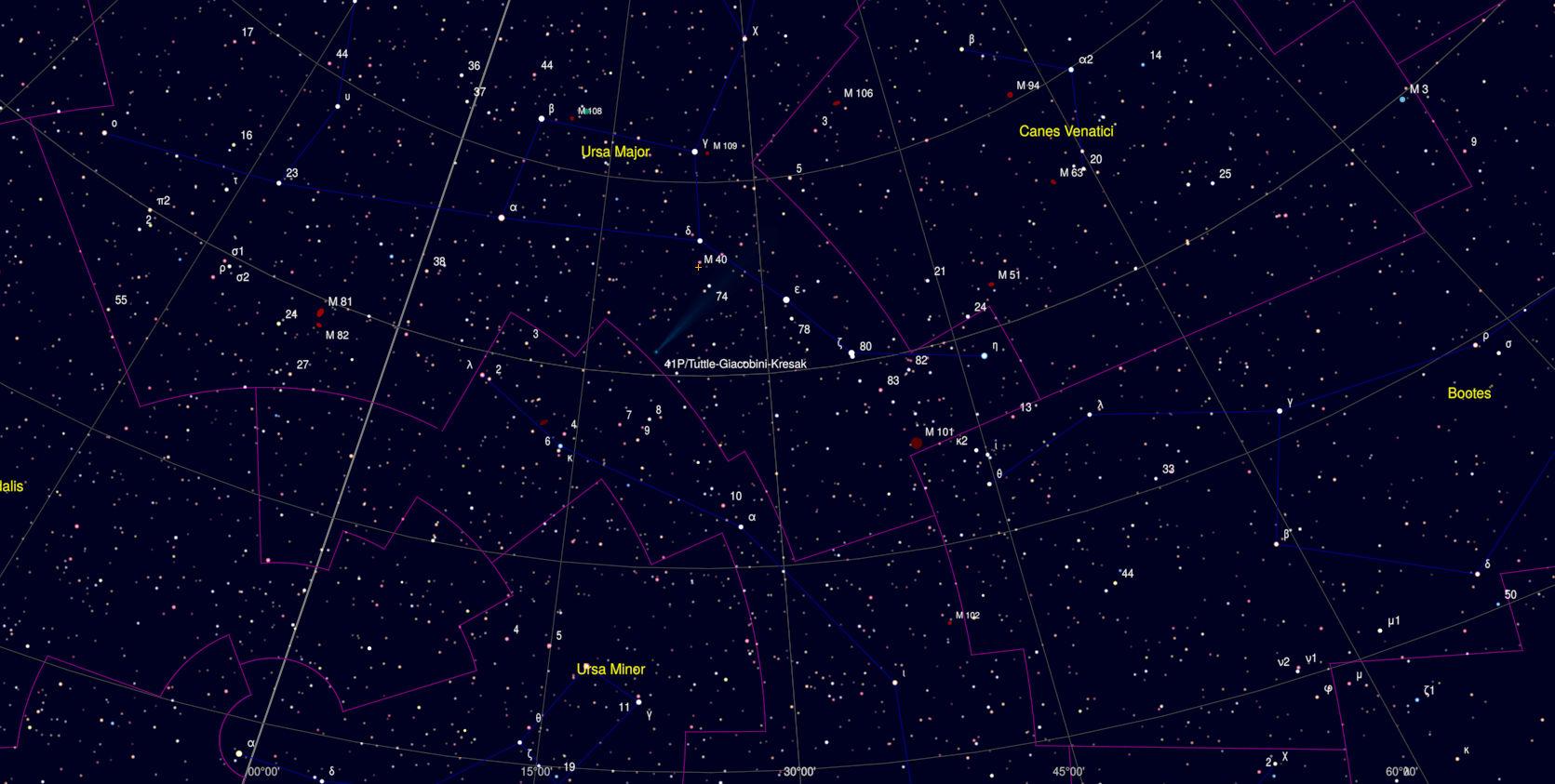 At the moment of observation the distance to the comet was about 0.15 AU away – which is only about ~22 million kilometers. It’s magnitude was about 6.6 mag at that moment – i.e. it probably would have been visible also in binoculars. TheSkyLive.com shows the curve of the comet’s movement. The curve illustrates how close the comet currently is compared to the other objects in our solar system. 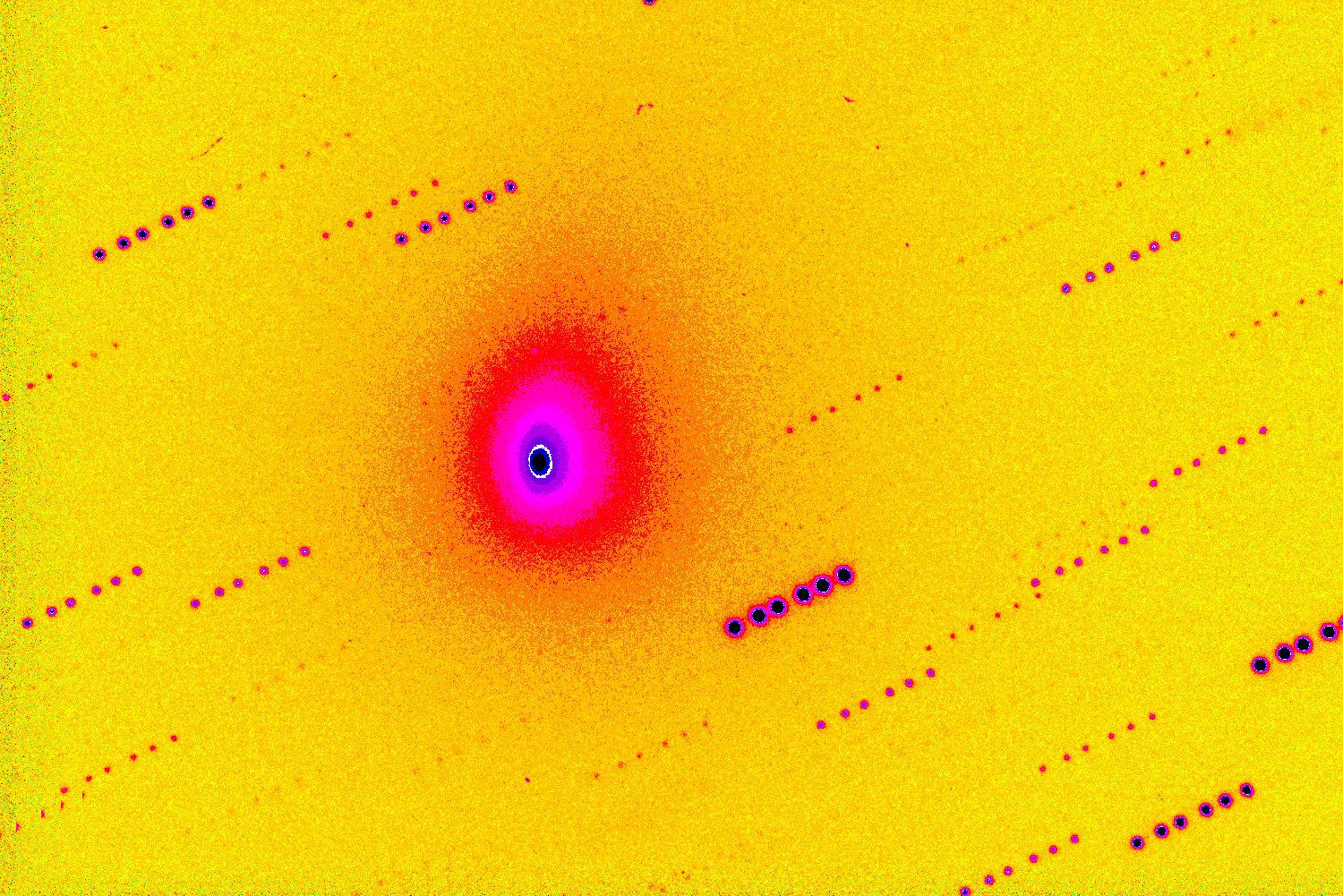 Looking closer at the comet reveals some more details. The frames for this second image to the left have been taken with a ST-8300M camera with adaptive optics through a Cassegrain Relay 400mm f/6.5 telescope. The images have been stacked using Astrometrica with the comet in the center. In the end the generated FITS file has been further processed using QFitsView which results in a pseudocolor image. The colors help to better see the brightness differences in the image.

The small black dot in the middle is the nucleus of the comet while the purple and red colors around indicate the gas and dust. It is also interesting to note that the typical comet tail is not visible. The reason is that was right behind the comet itself at the moment of observation – what a pity. The image also illustrates the comet movement relative to the stars in the background. One frame has been taken every 2 minutes.