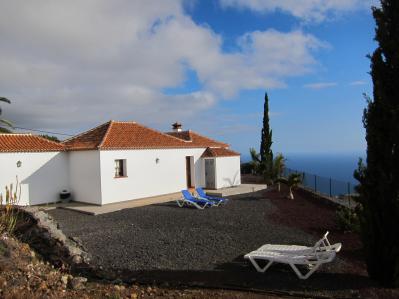 The second part of my La Palma holiday I spent at Casa Victoria (28°41’31.3″N 17°57’20.0″W). It is also a kind of cottage but a bit more modern than Casa La Chirlaca. However, compared to Casa La Chirlaca it has a little less canary atmosphere and the garden is not so nice in comparison. The house is a few hundred meters lower than Casa La Chirlaca and so it is a few degrees warmer. Especially when having breakfast outside in the morning this was very pleasant. Unfortunately Casa Victoria has no internet connection. The view on the sea is great and Polaris is visible from the garden. The owner only spoke Spanish but for just handing over the keys it was not a big problem.