Some opportunities are very rare to come by. Sightings of certain species of birds are even rarer. For times like these, having a useful magnification tool such as a pair of good binoculars or a telescope can come really handy. In a broader sense, both, telescopes and binoculars serve the same purpose – they make an object that is far away, appear much nearer so you can examine it closely.

When you are observing birds from a safe distance, the birds don’t get nervous or feel threatened. You can enjoy watching the birds going about their activities without scaring them. Regardless if you are a novice or seasoned bird watcher, without a good magnification tool you are quite likely to miss out on priceless moments. Let’s take a look at which of these magnification tools is best suited for bird watching under various conditions.

Binoculars usually have a magnification between 6x and 12x, telescopes between 20x and ~300x.

This means an image viewed through a pair of binoculars will appear as if it is six to twelve times larger than it would to the naked eye. The magnification range of a telescope starts at around 20x up to ~300x. This strongly varies on the telescope. One advantage of telescopes is, that it can be used with different magnifications. As long as one observes visually – i.e. with his own eyes – you as an observer can choose between different so called eyepieces. An eyepiece is a kind of lens which can be plugged into the telescope depending on the required magnification. Of course there are physical limits but the magnification can be varied in a significant range. The image below shows the magnification power of a telescope with a magnification of ~100x. 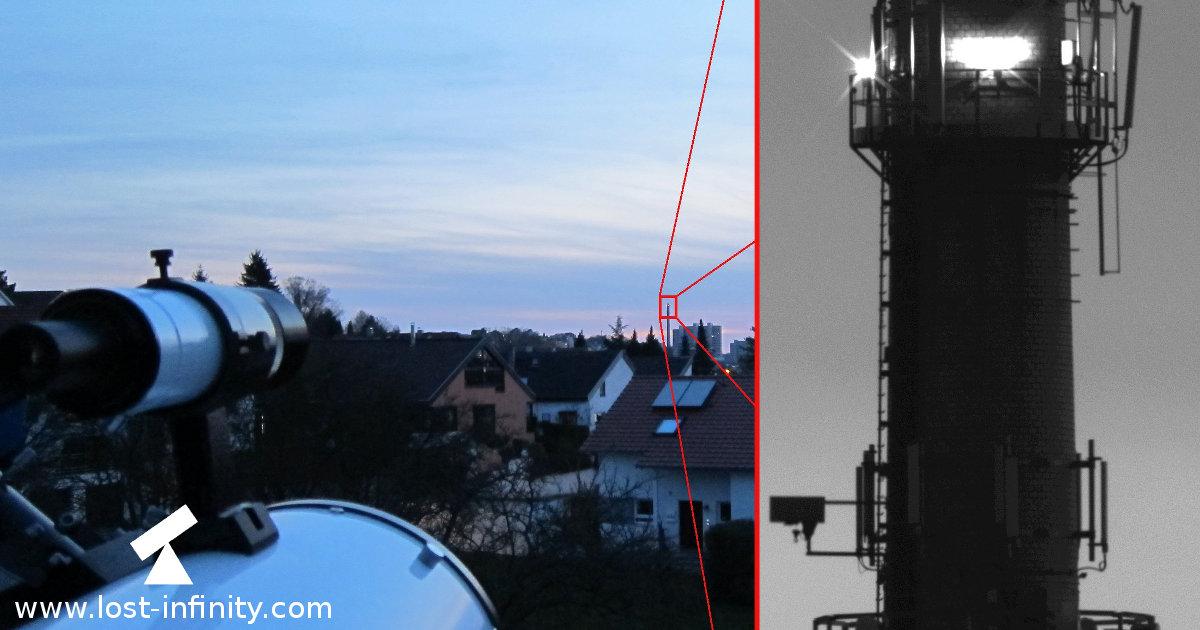 Binoculars are flexible and lightweight – telescopes often heavier and slower.

Binoculars are a great choice when you are looking to make land-based observations. If you will be moving around a few meters here and there to keep your position in sync with the exact location of the bird, you will need something as light and as portable as a pair of binoculars. Lugging around a telescope and the mounting gear can be very cumbersome and can eventually suck the fun out of an otherwise enjoyable activity. You are also quite likely to miss out on priceless moments while you are caught up assembling the gear and mounting the telescope on a tripod.

With a telescope you are able to observe birds which are very far away. However, it must be kept in mind that it is practically impossible to use a telescope without the help of a tripod. Another thing one needs to keep in mind is the focus. Almost all telescopes need to be focused to the object – i.e. the respective eyepiece needs to be moved into the focus of the lens tube. This procedure needs some practice and usually has to be repeated whenever the eyepiece was changed.

Many telescopes allow mounting a camera.

In case you want to take photos of some birds it is relatively easy to attack for example a DSLR camera to the telescope. There are adapters for many different cameras available. The image to the right was taken using a telescope with a magnification of ~100x. Beside that also videos are a nice and easy option with a DSLR camera. 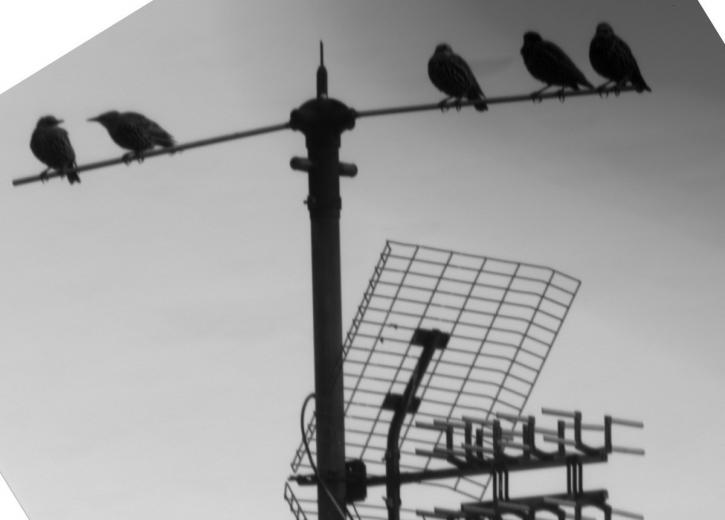 Catching birds in flight with a telescope?

For watching the birds in flight, using a telescope would be a great idea as it offers a greater magnification. Especially in case of birds like eagles, kites etc. who can fly really high. It is nearly impossible to get a sharp image of such birds in flight, using standard bird watching binoculars. There are many migratory birds that fly across different places depending on the season. If you are aware of certain locations where you can be stationary and catch such birds in action, it would be a great idea to be ready with your telescope. It should also be noted that depending on the magnification and the tripod it might be very hard to track birds in flight since the field of view (FOV) of a telescope is usually smaller than the FOV of binoculars.

Binoculars, as the name suggests, features two lenses. Having two lenses, allows this optical device to facilitate a wider field of view. Telescopes, on the other hand, have a wider lens, that lets more light in. This results in a brilliant crisp image down to the last detail – but usually you only have one “channel”. For photography this does not hurt though.

One of the major deciding factors, before you decide to purchase, is the price of both these devices. You can easily get high-quality binoculars with a superior lens for $500-$700. You can check the best binoculars under $300 here. The amount of money you are likely to spend on a telescope can be… let’s say, astronomical – but if you also want to have a closer look to the night sky it could be worth it, too.

Steve Wells is an outdoor enthusiast. He loves traveling and bird watching. He has visited over 12 countries and has a passion for the outdoors especially rugged mountains and serene beaches. He blogs at Binocularsguru.com.