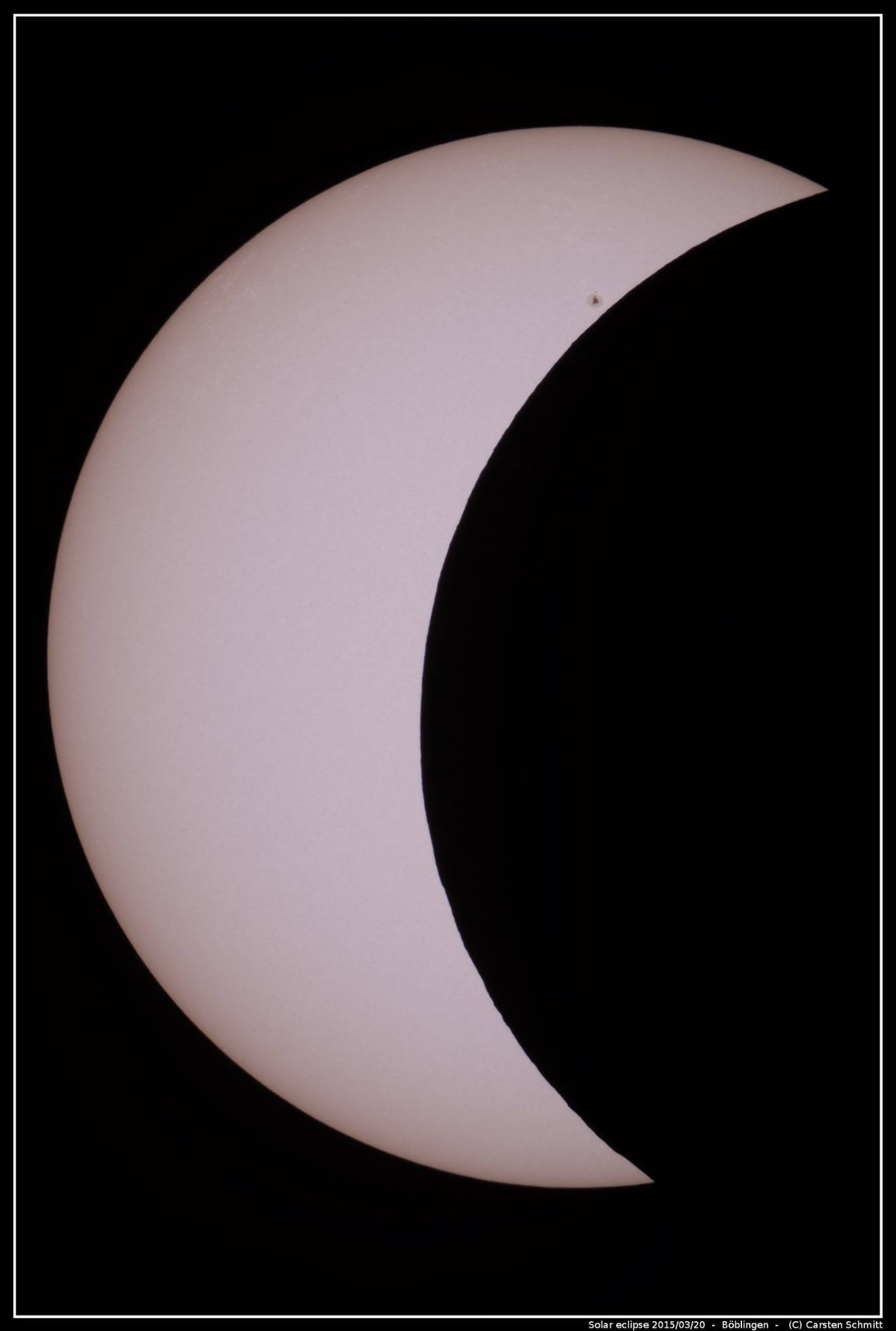 Important: Never look into the sun without appropriate sun filters!

For 20th March 2015 a partial solar eclipse was predicted for central Europe. For me currently situated close to Stuttgart a maximum coverage of about 68% was calculated. This should have been my first solar eclipse under clear sky since I own my telescope! When the weather forecast predicted clear sky for Friday morning I almost couldn’t believe it. It felt a little like being a kid right before Christmas 🙂

Two hours before the party was about to start, I already set up all the equipment on our terrace. I think it was a good idea to not drink a coffee this morning since I was already pretty nervous 😀 Beside seeing the moon moving in front of the sun with my own eyes I also wanted to take some pictures with my Fujifilm X-T1 camera. For this reason I ordered a telescope adapter for my camera some time ago (see this post). 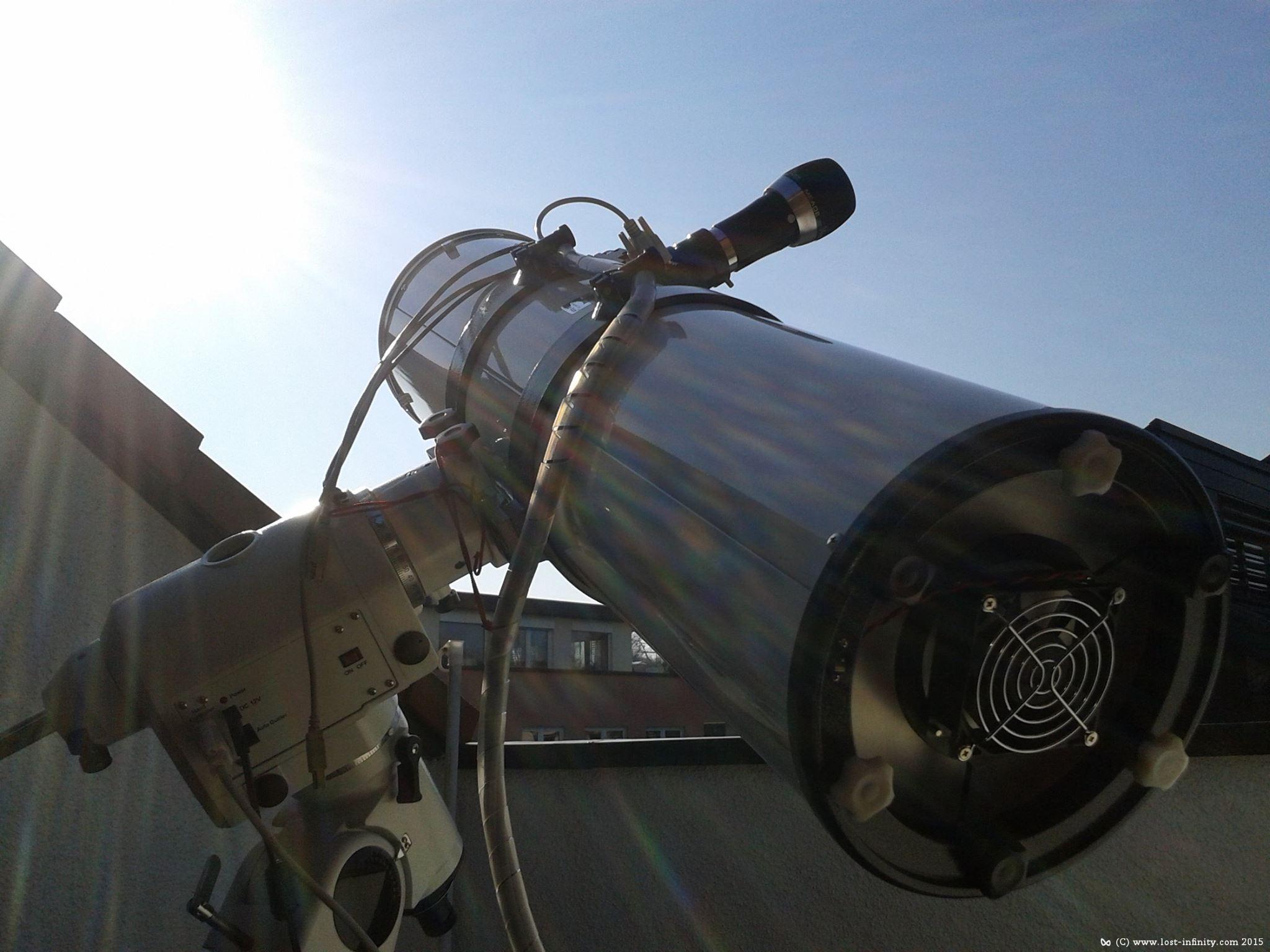 Finally, and quite slowly the moon started to move in front of the sun. Even when the moon already covered more than 50% of the sun the overall brightness of the environment actually didn’t seem to change. Just the temperature dropped quite some degrees. According to some web sources one does not even recognize any difference in brightness before a coverage of more than 90%!

I took quite some photos of this great event. My favorite ones are shown below. Here is also one image available in full resolution. I especially like the one where the moon almost covers the sun spot. After this event I also saw another amazing photo: The solar eclipse with the ISS just passing by!